US election result impact on markets and our portfolios

A Trump victory has been declared, with both the House and the Senate set to remain under

Republican control. The markets have put a relatively low probability on a Donald Trump victory with

the majority of reputable polls having indicated a win for Hillary Clinton. As a result, we are not

of areas at risk from Trump’s policies such as Mexico, Asia and Canada.

We believe, similar to Brexit, that the initial panic may be followed by a recovery as the market tries to

extent to which he can expect support from a Republican Congress. It is encouraging that his initial

message was positive and focused on unity, with Trump stating that he wants to be the president for all

Americans and engage with global partners on a fair basis. Whether that’s just rhetoric, will remain to

Whatever happens, it is going to take time for the new administration’s agenda to become clear, let

alone be implemented. He is the first US President to be elected who has never held formal political

office nor a position in the military, so there are a lot of unknowns in how he will take decisions, and

how he will fill his transition team.

In the medium term, his protectionist agenda may weigh on global growth if pursued, with looser fiscal

policy providing some offset. In combination, these measures could also lead to higher inflation. For

now, we believe that the global economy will continue on its current path of a synchronised pick-up in

growth, which should help market sentiment. However, this election result reinforces the sense that

Following Donald Trump’s victory to become the 45th US President, the markets experienced a sharp

initial “flight to safety” which saw gold, the yen and US bonds rally while equities, the rand and

Trump’s acceptance speech, however, was measured and could even be considered reconciliatory

(both at a national and an international level). He emphasised a presidential term where the focus will

be on growth through infrastructure spending. This provided some support to markets with most

asset classes reversing the sharp sell-off (or rally) following the initial reaction. For example, the ALSI

opened 2.5% lower this morning (Wednesday, 09 November 2016), but by midday had recovered all the

While the recovery on most asset classes is pleasing, there are a number of questions and risks that

longer-term impact on markets and economies following this significant event. Some of the key

relate to what the FED will do in the upcoming monetary meeting in early December. While

market expectations for a rate hike have immediately declined earlier today, these expectations

are moderating (back to levels where they price in a strong likelihood for a rate cut (again).

rise in US Government Bond yields that has risen to 1.95% (its highest level since January) during the

course of the day.

As we have seen earlier this year with Brexit, the outcome of political events are becoming increasingly

more difficult to predict. We have not positioned the funds in favour of a specific outcome. However,

US election. While we remain fairly conservatively positioned in terms of our allocation to riskier assets

(domestic and international equities), exposure to these asset classes could result in short-term

volatility as markets digest potential changes in US economic policies.

Some of the key positions currently reflected in the Discovery Balanced Fund range include:

to resources shares (gold, platinum and diversified miners such as BHP Billiton and Anglo

American) is positively contributing to returns. That said, ‘SA Inc’ counters such as banks and

retailers are somewhat softer on the back of a modestly weaker rand.

rand. We have however no exposure to offshore bonds where the markets are under some

There are very real cross- winds at play at the moment and we are watching developments closely.

and senate. The prospect of political deadlock has decreased, and we believe that traditional

conservative policies such as tax cuts could very well follow. This expansion would put pressure on

longer-dated US bonds, and provide a negative impulse for longer-dated bonds across the globe.

Furthermore, the economic uncertainty this type of political upset creates could very well delay the Fed

macroeconomic theme or view. We construct a diversified portfolio of shares where performance is

not dependent on a specific event/view.

Looking forward, we remain very optimistic on the outlook for our key overweight holdings where

resources shares such as BHP Billiton, Anglo American and Sibanye Gold are trading at cheap

valuations and are receiving positive earnings revisions. While domestic property counters came under

some pressure today on the back of a mildly weaker rand, we remain optimistic about SA Corporate,

for example. Despite the short-term noise, the company offers an exceptional yield to investors and

have a high level of earnings certainty. The fund remains close to its maximum allowable offshore

allocation which should benefit from a weaker rand.

positive earnings revisions. While holdings in domestic banks such as FirstRand for example are came

under some pressure today on the back a mildly weaker rand, we remain optimistic on the outlook for

these counters. Despite the short-term noise, the company offers decent value with reasonable

which should benefit from a weaker rand.

While the domestic listed property market has come under some initial pressure, returns are

moderating with declines only around 0.8% towards the afternoon’s session. We do not believe that

market and have therefore not made any material changes to the portfolio.

estate companies with a high degree of distribution growth certainty. We are not actively chasing

rand and a significant rise in domestic bond yields).

As with the aftermath of the UK’s EU referendum in June, it is fair to expect a degree of short-term

tests of our portfolios, based on a variety of potential market impacts. The scenarios modelled centred

on wider-market expectations which include a possible dip in global equity markets, depreciation of

certain emerging market currencies, and strengthening of other developed currencies such as the yen

and euro. We have already seen evidence of these shifts in the immediate market reaction.

Given our current positioning and risk characteristics, our analysis suggests these scenarios would

cause minimal impact to the relative performance of the portfolio versus the benchmark.

our investable universe. In the event of any significant market reaction to Trump’s victory, our approach

will be to follow our process: to understand where investment cases have been fundamentally

impacted and therefore advisable to sell, but also to search out new opportunities created in the 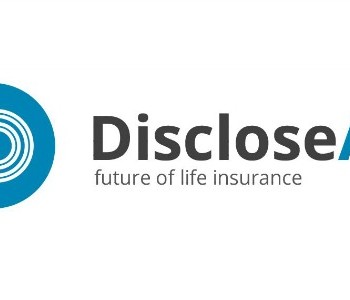 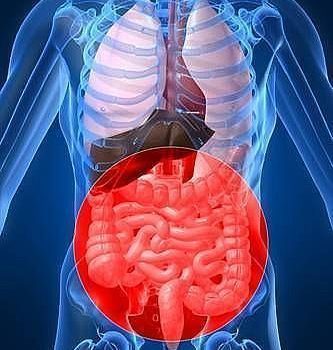