Emigration to be based on tax residency test from next year 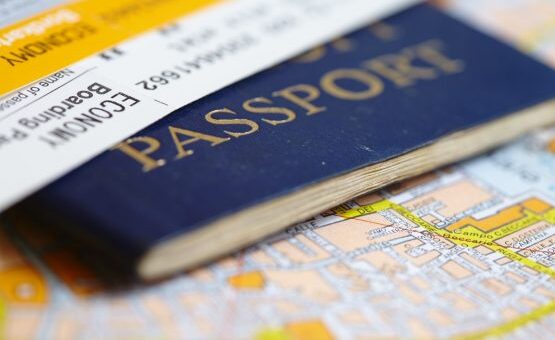 Emigration to be based on tax residency test from next year

The three-year residency test replacing the emigration process recognized by the South African Reserve Bank (Sarb) for exchange control purposes has been met with some confusion and suspicion.

The phasing out of emigration for exchange control purposes forms part of the modernisation of South Africa’s exchange control regime. Finance Minister Tito Mboweni announced in February that a new capital flow management system will be put in place. All foreign-currency transactions will be allowed, except for a risk-based list of capital flow measures.

The formal exchange control emigration process will be replaced by a proposed tax residency test that will apply from March 1, 2021.

This means that if a South African wants to emigrate after that date, they will have to remain outside the country for three consecutive years or longer in order to prove that they are non-tax resident.

In terms of the proposal they will only be able to exit their retirement funds in full after the three-year period.

The Income Tax Act provides for a payment of lump sum benefits when a member of a pension preservation, provident preservation or retirement annuity fund withdraws from the fund when emigrating through the Sarb process.

Ruaan van Eeden, tax consultant at Investec Advisory, Tax and Fiduciary, says it is unclear, from a policy perspective, what the purpose of the three-year period is.

“The current draft legislation also refers to three consecutive years, which can cause subjective interpretations. What if someone enters the country in that time due to an emergency?”

Van Eeden says the draft legislation needs more clarification. “As the legislative process unfolds and people are given the opportunity to comment, I believe there will be objections to the three-year rule. It may also become clearer what the intention behind the rule may be.”

South Africans who have been living and working abroad for several years and have ceased to be SA tax residents will be in a better position. They will be able to access their funds from March next year, without going through the current emigration process. However, they will have to prove to Sars that they have been non-tax resident for three consecutive years or longer.

Van Eeden, who is a member of the tax administration working group of the South African Institute of Tax Professionals (Sait), says in most cases people need access to their retirement funds in order to fund their offshore move.

“If you are not financially strong enough to support yourself without the injection from your retirement fund, a three-year wait could potentially be quite material from a financial perspective.”

Sait CEO Keith Engel says a better test may be the “sooner of” three years or proof of tax residency elsewhere.


Slow move from control to surveillance﻿

Bernie Herberg, director in the relationship management division of Stonehage Fleming (an international family office), says South Africa has been moving slowly from a point where (exchange) control is becoming surveillance.

He says that with the amendment to the foreign income tax exemption that came into force in March, a large number of South Africans decided to emigrate.

Only R1.25 million of a South African tax resident’s foreign remuneration is now exempt from tax.

“That caused a large number of emigration documents flowing past the Reserve Bank, because those who have been living and working abroad formally emigrated,” says Herberg.

South Africans who have been considering emigration may experience hardship if the draft legislation goes through in its current format, especially those with lower asset values.

“It think there will be considerable pushback against the three-year period, and it may be reduced,” says Herberg.

Van Eeden says the thinking may be that three years is seen as the “line in the sand” which shows a bit more “permanency” and “longevity”.

Herberg says there is a fear that Regulation 28 of the Pension Fund Act may be amended and that people will not be able to externalise their retirement funds before it happens.

The regulation currently limits the extent to which retirement funds may invest in particular asset classes. Persistent rumors’ are that government wants to amend the regulation by introducing prescribed assets. This will force retirement funds to allocate a portion to government-backed assets (such as state-owned enterprises) or to invest directly in government infrastructure projects.

WHAT TO EXPECT FROM FORMAL EMIGRATION?